People like to talk. Talking is easy — words are airy, fickle, noncommittal. Outside of what few legally binding conversations there are in this world, it’s easy to say something and not mean it, profess to hold a principle and then privately violate it, live by the barest technical definition of your word.

Let’s talk about the word “diversity.” I came up in the 1980s. Back then, people loved to talk about diversity, almost as much as they do now. Companies loved to claim that diversity was central to who they were, how it was one of their core values, how everybody’s background was welcome. It was easy for them to say — but much, much harder for them to execute.

In a sense, I understood it. Prioritizing diversity meant adjusting the status quo, and adjusting the status quo meant working harder than you normally work. What human being wants to work harder than they normally work? Even in the name of a good cause — one that, in the case of diversity, is eminently valuable — working harder wasn’t something many people actually wanted to do.

But “getting it” didn’t mean I was comfortable with the explanation. Diversity, like my last subject, inclusivity, is a fundamental tenet of a strong society, and by extension, of good business. I’d like to tell you about my own mixed experience of diversity, to help illustrate what makes it such a necessary part of good culture.

My History With — and Without — Diversity

I’m an African American woman, and I’m lighter-skinned than many. In my immediate family, I’m one of eight children. As a girl, growing up as a middle child in a big family, it was easy to be overpowered. Whoever had the loudest voice had the final say. As a shy person by nature, that person was rarely me.

In high school, I was picked on a lot because of my lighter skin. I wasn’t dark enough to fit in with the black kids, and I wasn’t white enough to fit in with the white kids. This is an experience that a lot of people with my skin tone have. It makes people feel like we’re not exactly like them — we don’t fall easily into a single category, and it confuses people. It happened to my youngest son as well, who’s lighter-skinned. You end up wanting to go unnoticed, because whenever people notice you, it’s in a negative way. 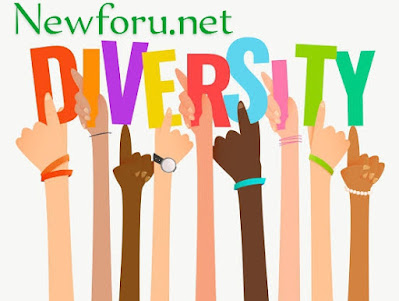 Early in my life, it made me angry. I came out of it a bit in college, but when I entered the workforce, it was the same story all over again. I was the youngest in the work family, as it were, and so my voice was quiet, and my skin tone hadn’t changed. I was living in another state, I was young, I had just gotten divorced, I was raising my children on my own, and I was angry. I heard my company talk about diversity, but I didn’t see anyone doing the hard work of cultivating it. Like a lot of people who keep to themselves, I would keep my anger inside for as long as I could, but eventually, I would erupt.

That was all until I got my first promotion. My boss’s boss approached me because he appreciated my work, and encouraged me to apply for a higher job in the company. I realized that he had singled me out because he recognized my potential. He didn’t ridicule me for not being black enough, or not being white enough, or being too shy, or too quiet. He appreciated me for who I was, and he encouraged me.

The Evolution of Anger

My anger evolved into compassion. This is a really important point: It took someone outside of me confirming my own private idea of myself for my anger to change shape. Anger doesn’t just magically turn into compassion. If you make someone feel like an outsider, for any reason, they’re going to become resentful. But if you go beyond that, and make them feel appreciated, it’s like giving a parched person a cool glass of water. It makes them feel beautiful.

Suddenly, my approach to people who couldn’t see beyond my skin, my background, my hair, changed from resentment to compassion. Now, when people ask me questions that I could get angry at — If you’re black, how come your hair is different? — I simply answer the question, and show them the same open-heartedness my boss’s boss showed me all those years ago. It doesn’t always work — some people can’t change. But when it does, it’s amazing how it opens people up.

Put the money where the mouth.

Embracing diversity means so much more than hiring another black person, another LGBTQ person, another Latino person, another woman — whatever the demographic may be. It’s crucial to have pluralistic representation in our workforce, and we should seek to hire people from a variety of backgrounds. But our work doesn’t stop there.

Whether you hire someone whose background resembles yours, or someone whose background is completely different, spend time with them. Get to know them. In this digital age, set up Zoom or phone conversations with them, just to learn what makes them who they are. Develop as thorough an understanding as you can, so that like I did all those years ago, they can see themselves in the holistic, potential-laden way that they deserve.

Cultivating diversity absolutely does mean doing a bit more work than you’re used to. But the paradoxical thing is: Once you start doing it, it ceases to be work, and starts to become pleasure. You’ll find yourself having amazing conversations that give you a better understanding of the human condition. You’ll find yourself sharing things about yourself that you may have never articulated. And at the end of the day, you’ll be fortifying your culture, and making yourself a better person. 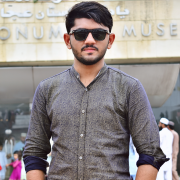 Fitness is Crucial For Health and well-being